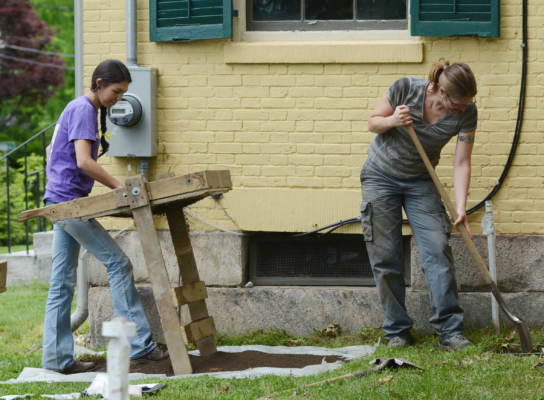 This program is free and open to the public, and is offered as part of Massachusetts Archaeology Month.

Migration is in the news on both sides of the Atlantic in the USA and in Europe. Yet, migration was a feature of the past and was the human dynamic that developed the cities of the Roman Empire. This lecture will explore the implications of this phenomenon for our understanding of Roman history.

There are traces of hundreds, if not thousands, of Roman cities. How we approach this evidence varies from teams of scholars embedded for years to desk-based approaches. There is a continuum between these points, but how we approach the Roman city can dictate what we study and how we study urbanism. In other words, our starting point or position is as important as the methodology in creating an answer.

“From the Vantage of the Victory: New Research on the Winged Victory of Samothrace“

Sponsored by the UMass Department of Classics

Prof. Paden will lecture on her travels in Crete with the distinguished Smith graduate Harriet Boyd Hawes, the excavator at Gournia, Crete, in the early 20th century.

“The Discovery of the Sanctuary and Mystery Cult at Pantanello (Metaponto, Southern Italy)“

Sponsored by the Amherst College Department of Classics